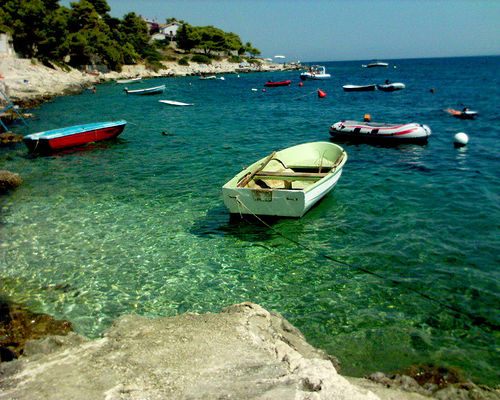 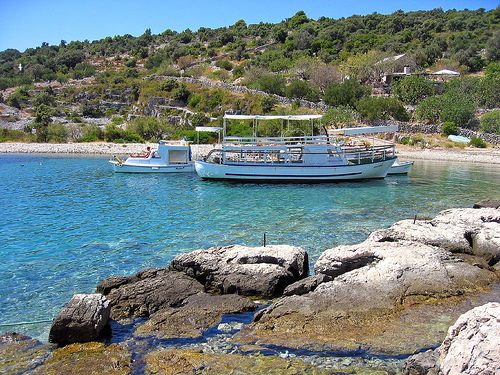 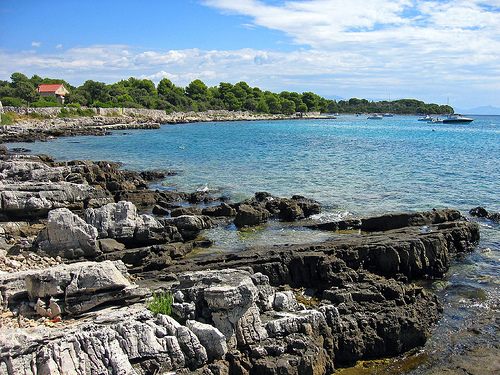 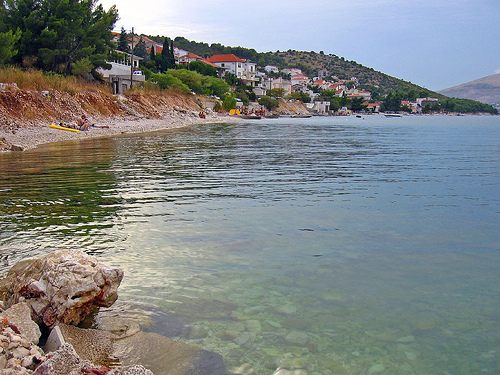 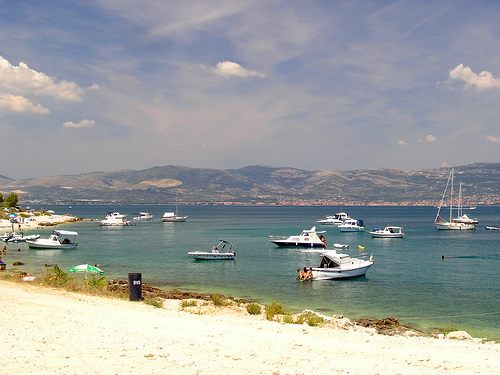 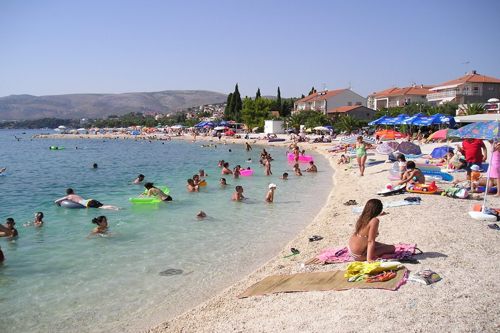 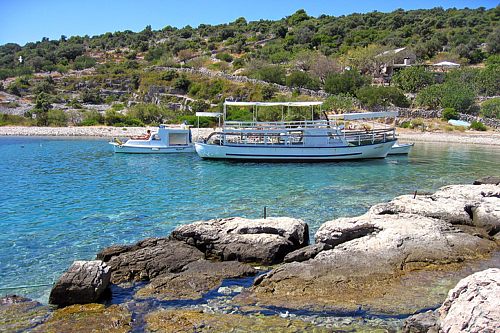 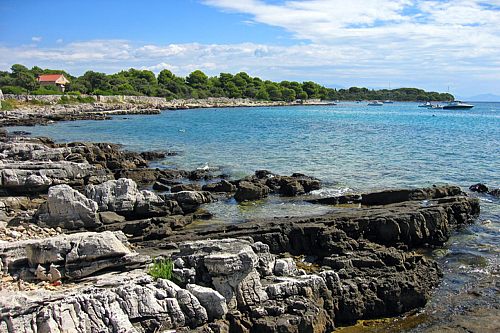 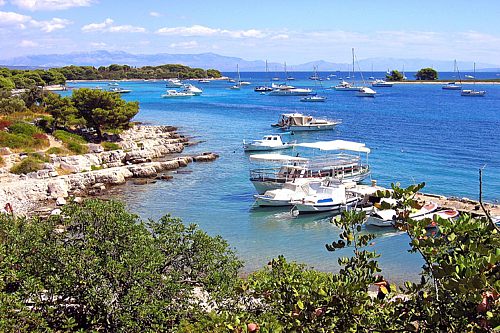 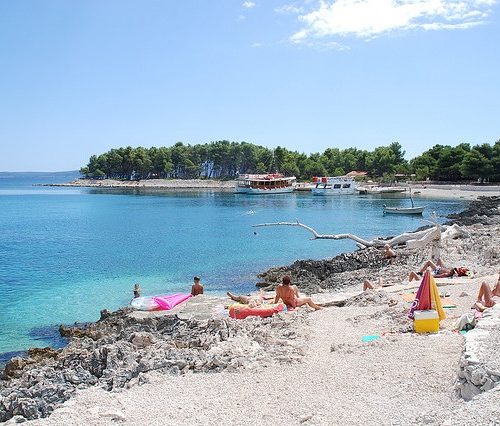 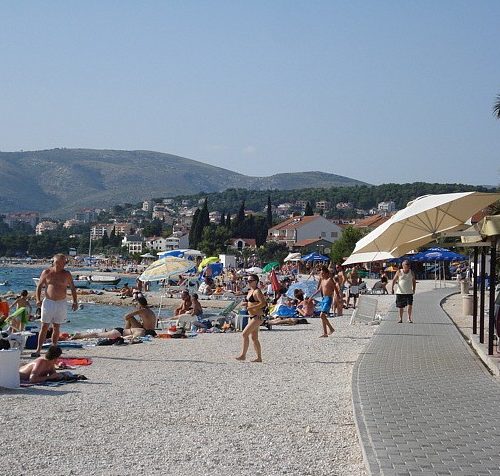 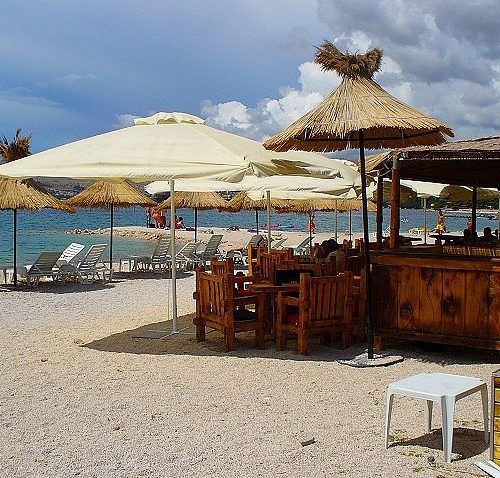 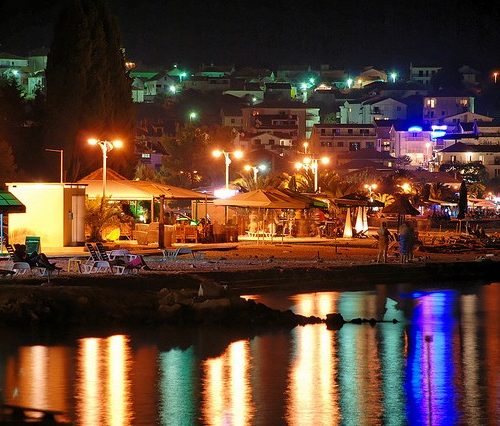 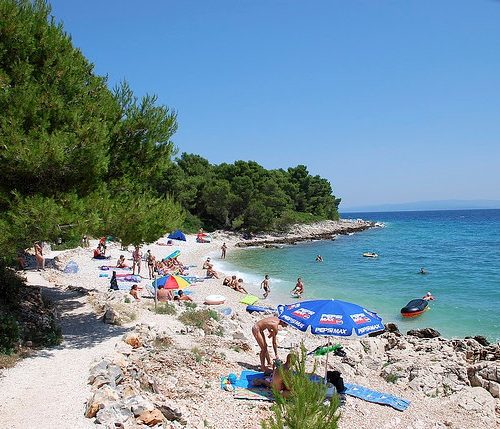 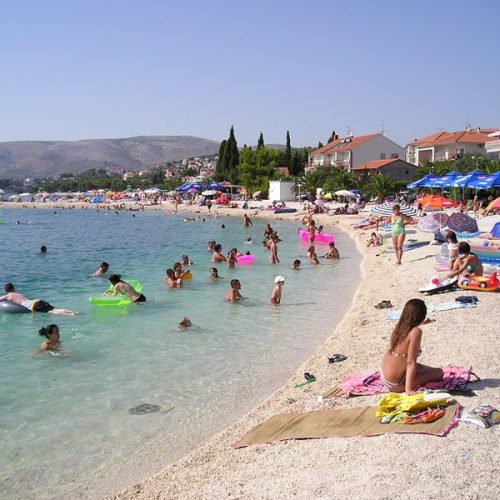 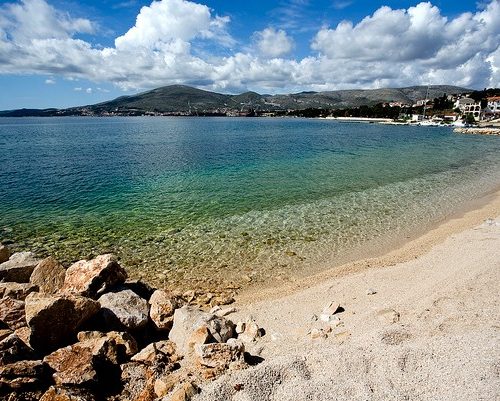 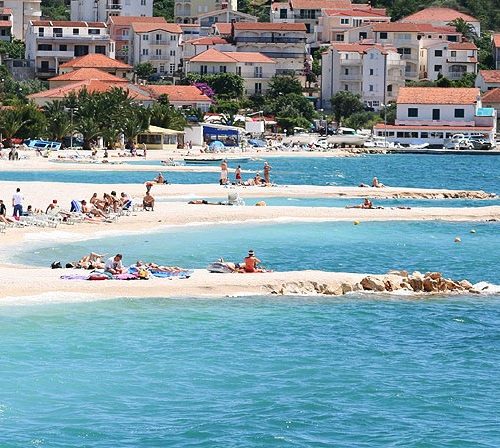 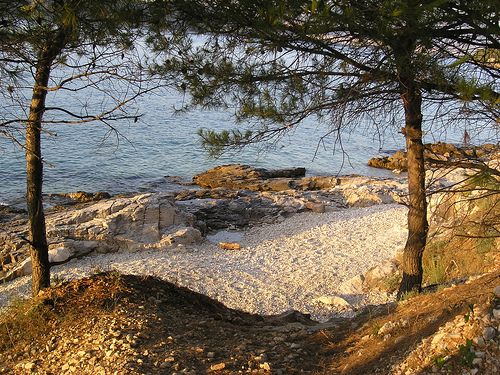 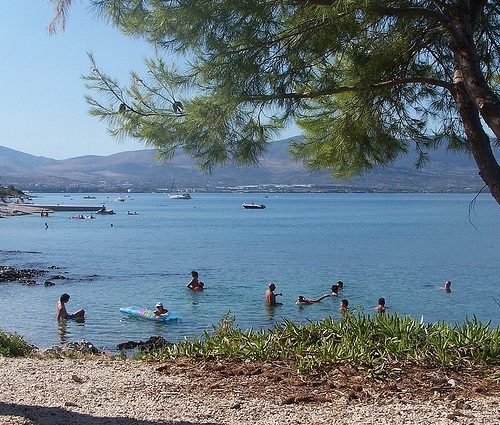 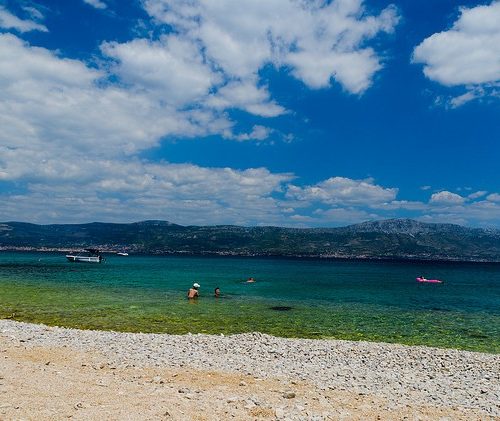 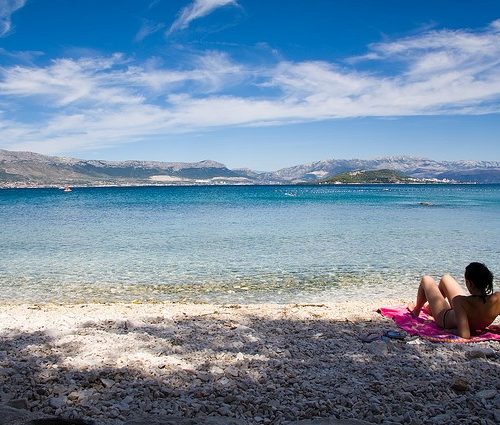 Ciovo is an island situated in middle Dalmatia, connected with the city Trogir by drawbridge, and administratively divided between Split, Trogir and Okrug.

Total surface of the island is 28,8 km2 and there are several villages: Okrug Donji (Lower,) Okrug Gornji (Upper), Arbanija, Slatine, Žedno and Ciovo. Čiovo is about 2 km away from the mainland on the east (cape Marjan); on the north-west, it is connected with mainland by drawbridge (in Trogir).

The island was inhabited already in prehistory and old Romans used to call it Boa (Bua, Bavo). During XV. and XVI. century the surrounding population came to the island, running away from the Turks. The south side of the island is rather uninhabited.

Arbanija is a village by the sea with Dominican convent of St. Cross, founded in XV. century. The monastery complex has cloister with the spacious garden, and quite interesting is the northern wall built like a fortress for better defense. In the church, there are also valuable paintings – heritage from the XVII. century.

In the village Čiovo there is also a Franciscan convent of St. Anthony, above the cave, former hermits’ dwelling, which has preserved its appearance from the XVII. century. The convent guards the crown made of gilted silver with jewels from XIV. century, sculpture St. Magdalene by Ivan Duknović, paintings of which the most valuable is the one made by Jacopo Palma the Younger from XVII. century.

Of smaller churches on Čiovo, there are the church of St. Nicholas (XIV. century), St. Andrew (VI./VII. century), St. Peter (XVI. century). Early Romanesque Church of Our Lady, situated by the sea, with Renaissance supplements, is built in memory of victory over inhabitants of Split. Okrug (Okruk) Gornji and Okrug Donji, formerly part of Trogir, are today independent separated municipality with two churches, the church of St. Tudor and the church of St. Carlo Borromeo from 18th century.

Since the island Ciovo is a kind of extension of the city Trogir, it offers a lot of possibilities for vacation, recreation and swimming, as well as numerous historical monuments. The Mediterranean vegetation, archipelago with small picturesque little islands, mild climate and most beautiful beaches in hidden bays, will certainly make your stay unforgettable.

Čiovo’s position in the heart of Dalmatia makes it ideal starting point for exploring rich cultural heritage and natural beauties of Dalmatia. We wish you a hearty welcome to this beautiful island!

Okrug is located on the western side of the island Ciovo. It is divided into Okrug Gornji and Okrug Donji, two traditional Dalmatian villages. It is the centre of the Dalmatian micro region by its geographical position. It has a mild Mediterranean climate, dense subtropical and Mediterranean vegetation, an archipelago of picturesque little islands, uncountable little bays and beaches.

Okrug is one of the most attractive tourist destinations in Croatia with its 2670 sunny hours per year.

Okrug Gornji, Ciovo islandThere are a lot of restaurants and taverns in Okrug Gornji and Donji with a rich choice of original Dalmatian specialities. We offer our guests, beside a lot of sun and the clear sea also various recreation contents.

The diving- school gives the opportunity of pleasure in the beauties of the Adriatic Sea; the fitness- centre with tennis- grounds deliberates from all stresses of the modern life. Every day excursions are organized with little boats to the silent bays in the near. You can rent scooters and you can fly with parachutes on the local beach.

Okrug Gornji beach, Ciovo islandThe nearness of Trogir (2 km), which is under protection of UNESCO, offers the possibility to discover the 2800 year old centre. You can enjoy there also the night life. You can make excursions from Ciovo to the waterfalls of the river Krka (60 km), to Split (33 km) and to the Marian Shrine in Medugorje (100km). It is significant that the Split airport is only 8 km away from our village.